Potato pizza recipe or Italian “Pizza con Patate” made with creamy cashew ricotta, caramelized leeks and paper thin sliced golden potatoes sprinkled with rosemary and layered on top of the very best Neopolitan thin crust. One of the most delicious pizza pies you’ll ever taste, from scratch and easy to make!

This vegan potato pizza recipe is everything the world needs right now!

I wouldn’t use any other recipe here besides my authentic thin crust pizza dough. You can half the original recipe to make 4 x 10 inch pies or make the entire batch and freeze half of it for later.

This homemade, thick and creamy cashew ricotta cheese is slathered directly onto the dough. It’s so good you might wanna eat with a spoon. You’ll need exactly one batch of this recipe, it’s the same one I use in our now famous vegan lasagna and it works magic on this dairy-free pizza too.

If you don’t want to make the ricotta you can use any store bought plant-based cheese slices. My faves are Follow Your Heart provolone, gouda and pepper jack.

I started with three large leeks sliced and rinsed well that I then sautéed until completely wilted and caramelized. Sprinkle over the cashew ricotta before layering with the potatoes. These flavors together are insanely delicious, however the classic recipe doesn’t require leeks so you are free to leave them out. It’s so much better with leeks though!

How to make potato pizza:

P.S. As always if you make this recipe come back here to rate it in the comments, snap a photo and tag me with #VeggieSociety on Instagram, it always makes my day ~ Florentina Xo’s 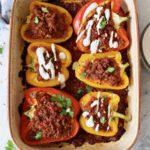 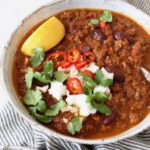